January 11 is designated National Human Trafficking Awareness Day.  It is a day devoted to becoming more aware or making others aware that Human Trafficking is prevalent not only around our world, but in our own towns.

It exists within our neighborhoods.   Our initial response to learning of human trafficking is to accept its existence in remote locations such as India and Thailand. We know that it exists, we may shake our heads in sorrow or disgust. Yet, it is remote. It is over there and therefore, there is little we can do from our American context. Julian Sher, author of Somebody’s Daughter, aptly stated: “The United States seems unwilling to recognize that the vast majority of victims of sex trafficking are not foreigners but girls from next door.” Its victims include men and women, 80% are women and half of these women are under the age of 18. The average age of entry into prostitution is 13 years old, which meets the criteria of a human sex trafficking victim.

One does not need to be trafficked across country borders or state lines to be trafficked. Trafficking occurs when someone, through force, fraud or coercion, is recruited and exploited in the commercial sex industry.   Wherever there is a demand for prostitution, sex trafficking exists.

The statistics represent individuals and their unique stories.   Gary Haugen, president of IJM, says that sometimes the statistics are so mind-numbing that it hinders the individual from being seen or their story as being valid. We get weary and the stories become familiar—but victims don’t know the statistics—they just know their own story.

This reality implicates us to respond.  Perhaps Days of Awareness have no effect on us because we are overly-saturated with information about a broad range of issues.   Or perhaps becoming more aware is uncomfortable because it holds us accountable.  Researcher, Melissa Farley says “Once you know the truth you can’t keep silent. Silence is complicity and you are then a part of the problem.”

How will we respond to care for the victims, prevent additional statistics and to reduce the demand that drives them?

Holocaust Survivor, Elie Wiesel, exhorts us:  “We must take sides. Neutrality helps the oppressor, never the victim. Silence encourages the tormentor, never the tormented. Sometimes we must interfere. When human lives are endangered, when human dignity is in jeopardy, national borders and sensitivities become irrelevant.   Wherever men and women are persecuted because of their race, religion, or political views, that place must-at that moment-become the center of the universe.”

Here are some initial ways to become aware or make others aware: 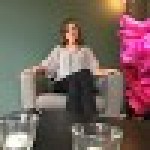 Coping with COVID-19 anxiety and fears, with Dr. Heather Evans

Refugees: Their Experience & Our Perception